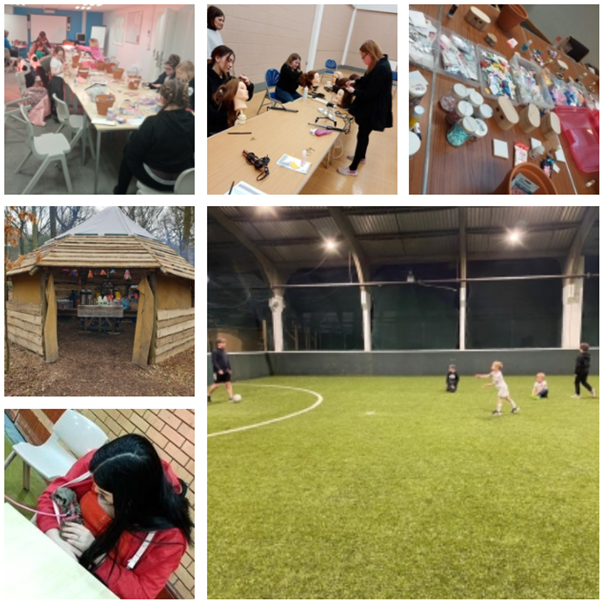 Over the last few months, Star Bereavement have delivered a huge variety of peer support groups, for children and young people accessing Star's services. See below examples of groups ran by Star:

Half term fun with Charlotte the tarantula, Lolly the meerkat, George the armadillo, and friends.

Two fabulous virtual self care sessions in February with Creative Hair by Kelly and Katie Lou Make-Up. Followed on by two face to face hair groups with Kelly and a face to face makeup workshop with Katie.

Wellness in the Woods

A block of six groups at Eden's Forest in Honley. Allowing children and young people to enjoy being in the moment, connecting with each other and having fun outdoors.

Star will continue to run peer support groups, and we would like to thank everybody who has helped Star to facilitate a group, as well as those who have attended a group.

Weekend fun. A sports group for boys under the age of 13. Ultimate frisbee, rugby, football and more.

Singing our hearts out with Jackie. Our singing group started off by being a virtual group that lead to a face to face group, which ran for four weeks. The groups were led by Jackie, who is a professional singer.

We like to say a special thank you to @hairbykellybeech for taking a lead on the girls group hair dressing sessions. Kelly arranged for people in and around the Wakefield area, to donate hair accessories such as hair dryers, hair clips and more, for the children and young people to use in the hair dressing groups.